In 2022, the theme guiding the United Nations Holocaust remembrance and education is “Memory, Dignity and Justice”. Holocaust commemoration and education is a global imperative in the third decade of the 21st century. The writing of history and the act of remembering brings dignity and justice to those whom the perpetrators of the Holocaust intended to obliterate. Safeguarding the historical record, remembering the victims, challenging the distortion of history often expressed in contemporary antisemitism, are critical aspects of claiming justice after atrocity crimes. The theme encompasses these concerns.

Holocaust commemorative and educational activities will draw attention to the actions taken by Holocaust survivors in the immediate years following the devastation and brutality of the Holocaust, to reclaim their rights, their history, their cultural heritage and traditions, and their dignity. The role played by institutions and individuals in supporting survivors, the long-reaching impact of the Holocaust on survivors’ families, and the impact of the Holocaust on the shaping of human rights policy and interventions will be explored. The theme encourages action to challenge hatred, strengthen solidarity and champion compassion. The Holocaust and the United Nations Outreach Programme is an expression of the unwavering commitment of the United Nations to promoting human rights, to countering antisemitism and racism, and to preventing future genocide.

Europe emerged from the Second World War utterly broken, with millions of refugees scattered across many countries. The United Nations Relief and Rehabilitation Administration (UNRRA) was created to resettle those displaced by the mayhem of the war and the Holocaust. The fragments from the past illuminate the work of UNRRA administrators, and chart how, in the aftermath of catastrophic loss, Holocaust survivors navigated their new lives in displaced persons camps. The exhibition is sourced with artefacts and documents from the United Nations Archives and the YIVO Institute for Jewish Research Archives, and draws upon the expertise of the Center for the Study of the Holocaust, Genocide, and Crimes Against Humanity at the Graduate Center—CUNY. The exhibition was created by the Holocaust and the United Nations Outreach Programme, together with the YIVO Institute for Jewish Research Archives, and the United Nations Archives, and with generous support of Stockton University.

The exhibition is on view through end February 2022. We will notify you should United Nations safety protocols for COVID-19 permit public viewing.

“Holocaust Remembrance: Responsibilities for All Society”

Watch the recording of the Service.

Watch the recording of the concert.

A virtual seminar “Legacy of Medicine During the Holocaust and its Contemporary Relevance” was presented by Hedy S. Wald, PhD, Alpert Medical School of Brown University, and Sabine Hildebrandt, MD, Harvard Medical School. Both Drs. Wald and Hildebrandt are Commissioners of the Lancet Commission on Medicine and the Holocaust, and Dr. Hildebrandt serves as co-chair. The Lancet Commission on Medicine and the Holocaust, has urged the development of “educational approaches using this history to promote ethical conduct, compassionate identity formation, and moral development.” This seminar catalyzed critical thinking on the relevance of the Holocaust for contemporary medicine and help health care trainees and professionals reflect on their core values in the service of humanistic and ethically responsible patient care.

Download the Programme and watch the recording of the Commemoration.

Lest We Forget: Combating Holocaust Denial and Distortion

The United Nations General Assembly has adopted a historic resolution calling for action to combat Holocaust denial and distortion as antisemitism continues to surge globally. What further measures can the United Nations, governments, and social media companies take to combat Holocaust denial and distortion? How can they promote more effective Holocaust education and ensure that victims are never forgotten? On International Holocaust Remembrance Day, Irwin Cotler, an acclaimed scholar, human rights advocate, and Canada's Special Envoy on Preserving Holocaust Remembrance and Combating Antisemitism, was in conversation with Felice Gaer, Director of AJC's Jacob Blaustein Institute for the Advancement of Human Rights. This briefing was organized by the American Jewish Committee (AJC).

Watch the recording of the Briefing

The virtual briefing examined how memories of the Holocaust were kept and discussed through new media, and the implications for Holocaust history. Panellists considered the role of new media as an increasingly important tool for educating the public, especially youth, about the Holocaust, as well as combating Holocaust denial and distortion, antisemitism, and other identity-based hatreds.

Register for this event

Join Arthur Cary, director of “The Last Survivors”; Maurice Blik, sculptor, Holocaust survivor featured in the fllm, and Holocaust historian and author of the seminal work “Children with a Star: Jewish youth in Nazi Europe”, Professor Deborah Dwork, in an online discussion about the documentary, children and the Holocaust, and their lives after. The Department of Global Communications will moderate the discussion. The documentary, “The Last Survivors” gathers together the compelling and, in some cases, never-before-heard testimony from Holocaust survivors living in Britain today. All of these extraordinary people were children during the Holocaust, but now in their later years, they reflect on their experiences with a different perspective and understanding of how this past trauma permeates through to their contemporary lives with increased significance.

While a physical screening is not possible, we are pleased to offer a limited screening for viewing. Please use this link to watch the film free-of-charge at your own pace. Please note that the film contains material that is disturbing, and not suitable for younger viewers. Viewer discretion is advised.

Virtual Series “Conversations with the author”

Register for this event

Dr. Elisabeth Anthony will discuss her new book, “The Compromise of Return: Viennese Jews after the Holocaust” with Professor Albert Lichtblau, Universität Salzburg. The book explores the motivations and expectations that inspired Viennese Jews to re-establish lives in their hometown after the devastation and trauma of the Holocaust. Dr. Anthony investigates their personal, political, and professional endeavours, revealing the contours of their experiences of returning to a post-Nazi society. Dr. Anthony weaves together archival documentation with oral histories, interviews, memoirs, and personal correspondence to craft a multi-layered, multi-vocal narrative of return focused on the immediate post-war years.

The event is part of the discussion series “Refugees and Forcibly Displaced Persons”, organized by the Center for the Study of the Holocaust, Genocide, and Crimes against Humanity, the Graduate Center, CUNY and the Skirball Department of Hebrew and Judaic Studies, NYU. 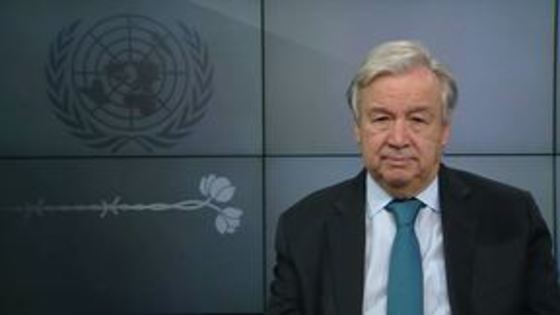